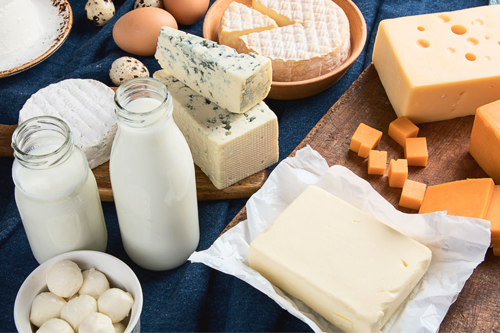 The ability to digest the lactose in milk into adulthood emerged approximately 5,000 years ago in southern Europe, and just 3,000 years ago in central Europe. However, a new study of human dental calculus at British Neolithic sites, published in Archaeological and Anthropological Sciences, has revealed that dairy may have been consumed regularly as far back as 6,000 years ago.

An archaeological research team from the University of York analysed ten dental calculus samples from three separate British Neolithic sites. The calculus was removed with a dental scaler and peptides were extracted and analysed.

A milk whey protein was identified in seven of the samples. This indicates that dairy products were very likely consumed, and provides the earliest direct evidence anywhere in the world for their consumption.

“The discovery of this milk protein is particularly interesting, as recent genetic studies suggest that people who lived at this time did not yet have the genetic ability to digest the lactose in milk,” Dr Sophy Charlton, research associate at the University of York’s Department of Archaeology, explained to Dental Tribune International.

“To get around this, these populations may have been drinking just very small amounts of milk, or alternatively were processing it into other foodstuffs such as cheese, yoghurt or other fermented dairy products, in order to reduce the lactose content. Furthermore, individuals from all three sites we analysed showed the presence of milk BLG protein from cows, sheep or goats, suggesting people were exploiting multiple species for dairy products,” Charlton continued.