Excessive computer use and oral health 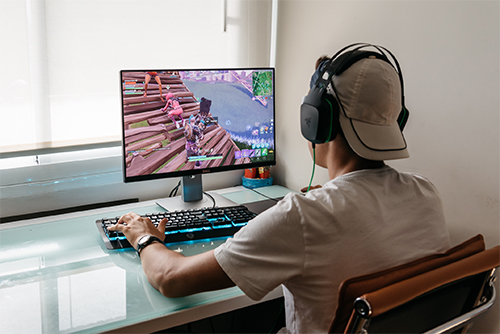 Three hours of computer use each day is enough to put a teenager at risk of poor oral health, a new study reveals.An examination of more than 1,500 18 year olds showed that those who spend more time on computers are significantly more likely to neglect their oral health. Researchers found that they were less likely to brush their teeth, floss and visit the dentist. The results are particularly worrying for boys, where twice-daily brushing dropped below 50% for those with excessive computer use.

Youngsters with a high level of computer use are up to 25% more likely to suffer from bleeding gums, and almost twice as likely to be absent from school because of dental pain.

Dr Nigel Carter, Chief Executive of the Oral Health Foundation, believes the results could call for information about the dangers of excessive computer use to be included in educational programmes promoting healthy lifestyles.

Dr Carter says: “There is growing evidence to suggest that computer use is linked with a number of health problems for teenagers. Much of the attention in the past has focussed on its relationships with obesity, smoking, drinking and changes in behaviour. However, we are now seeing signs that it could affect a person’s oral health as well”.

While computers can provide a necessary and important distraction, children should prioritise their oral health, says Dr Carter: “There is an urgent need for more education; both on the consequences of excessive computer use, and the benefits of maintaining good oral hygiene”. From: www.dentalhealth.org