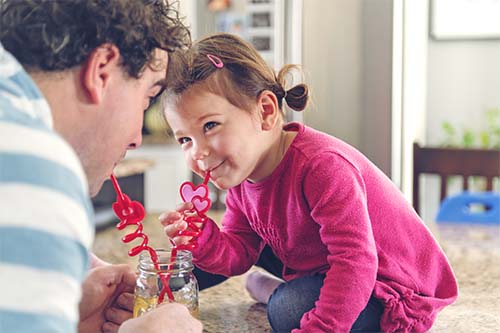 The Oral Health Foundation is calling for the introduction of healthy drinks as the default option with children’s meals in restaurants, insisting that it will significantly help to improve oral health.

The call follows a pioneering law passed in California, which will see milk or water being sold as the default drink with kids’ meals in restaurants throughout the state.

The legislation comes into effect next year and means that only milk, a non-dairy milk alternative, or sparkling, still or flavoured water can be served as primary choices and advertised on menus.

The charity believes rolling out similar initiatives elsewhere will help combat the health effects of sugary drinks and protect thousands of children from tooth decay every year.

Dr Nigel Carter, Chief Executive of the Oral Health Foundation, says: “We know that some children are consuming several sugary and fizzy drinks every day. This is not only contributing to oral diseases like tooth decay but is at the forefront of rising general health issues like childhood obesity and diabetes”.

Simple dietary changes, such as water or milk being the default drinks given with children’s meals, will have a big effect on childhood sugar consumption, adds Dr Carter.

Dr Carter says: “In time, it could help change attitudes we have around sugar, and ultimately help us develop a far healthier population”.

The new law in California does not ban restaurants or fast-food chains from selling fizzy drinks or juice with children’s meals. From January 2019, parents must specifically ask for them.