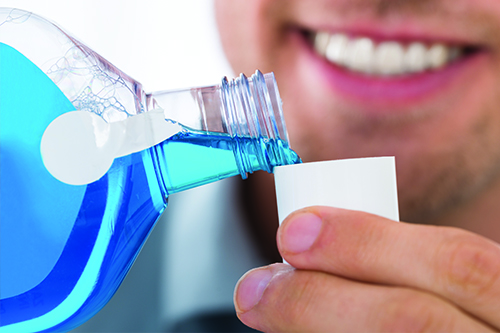 According to new research, mouthwash use may increase the risk of diabetes. Researchers at the University of Alabama at Birmingham, USA, suggest that using mouthwash at least twice a day destroys friendly oral bacteria, which can alter blood sugar metabolism and promote diabetes, particularly for people who are already high risk for the condition.

Study co-author Rakesh P. Patel and colleagues published their findings in the journal Nitric Oxide. Being overweight is one of the biggest risk factors for diabetes. According to the new study, the simple practice of using mouthwash could exacerbate this risk.

The scientists came to their findings by analysing the data of 1,206 overweight or obese adults aged 40-65. All adults were free of diabetes and major cardiovascular diseases at study baseline.

Over three years, the team monitored the development of prediabetes or diabetes among the participants. A total of 945 subjects were included in the final analysis.

Compared with participants who did not use mouthwash, those who reported using mouthwash at least twice daily were 55% more likely to develop prediabetes or diabetes over three years.

There was no association between using mouthwash less than twice per day and the risk of prediabetes or diabetes. These findings persisted after accounting for a number of possible confounding factors.