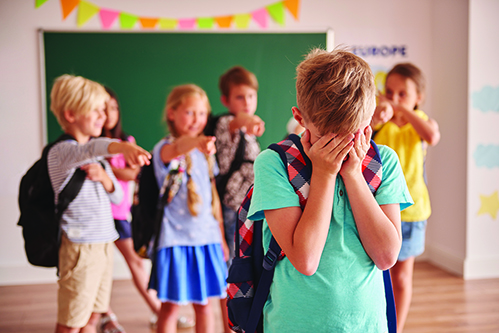 Verbal bullying at school can negatively impact an adolescent’s mental health, causing distress and anxiety. A Brazilian study has shown that this stress may be reflected in oral health too and possibly result in nocturnal bruxism (teeth grinding).

A case-control study by a research team led by Prof. Junia Serra-Negra at the Federal University of Minas Gerais suggests that possible sleep bruxism in young teenagers is associated with a history of verbal bullying at school as victims, perpetrators or both.

Some 103 school pupils in the city of Itabira between the ages of 13 and 15 with possible sleep bruxism, and a control group of 206 adolescents without bruxism, were recruited for the study. All of the participants answered a questionnaire on their involvement, if any, in verbal school bullying episodes, based on the national school-based health survey, and an evaluation of their socioeconomic class according to the criteria of the Brazilian association of research companies. Pearson’s chi-squared test, the McNemar test and conditional logistic regression were performed to evaluate the association between possible sleep bruxism, verbal school bullying and socioeconomic class.

Among the participants, 134 (43.3%) reported involvement in verbal school bullying episodes as victims, perpetrators or both. The vast majority (90.3%) of them were male. These teenagers were found to be four times as likely to suffer from sleep bruxism (65%), compared with those who were not involved in verbal school bullying (17%). The study was published in the May issue of the Journal of Oral Rehabilitation.