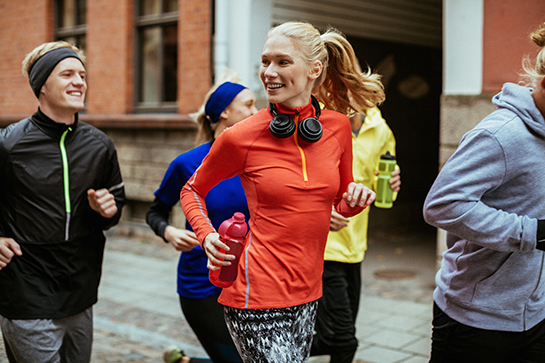 Runners are more prone to serious dental problems than the rest of the population. A study of almost 300 athletes at the 2012 Olympics in the British Journal of Sports Medicine reported that a majority displayed “poor oral health”. A fifth of the athletes surveyed indicated that their oral health damaged their training and performance.

An athlete’s diet is the cause of all these problems. The diet of a runner is vitally important as it helps them to perform and recover, but there can be major issues with what they consume.

Many of the energy drinks and gels runners use have incredibly high levels of sugar, which causes tooth decay, so by using them runners are at a higher risk of developing decay.

Another big problem that runners face is the acids in their diet, which have a terrible effect on teeth. You don’t want to expose your teeth to acid, but by using these drinks that is exactly what is happening and it leads to tooth erosion.

Runners are also heavy breathers. This can have a negative effect on their oral health as they’re gasping for oxygen. Breathing rapidly through the mouth reduces the saliva flow leading to dry mouth, which is the perfect breeding ground for bacteria.

Runners should try to avoid consuming sugary or acidic foods and drinks wherever possible, but sometimes this may be unavoidable. A focus then needs to be on neutralising the effects of the sugar and acids as quickly as possible.