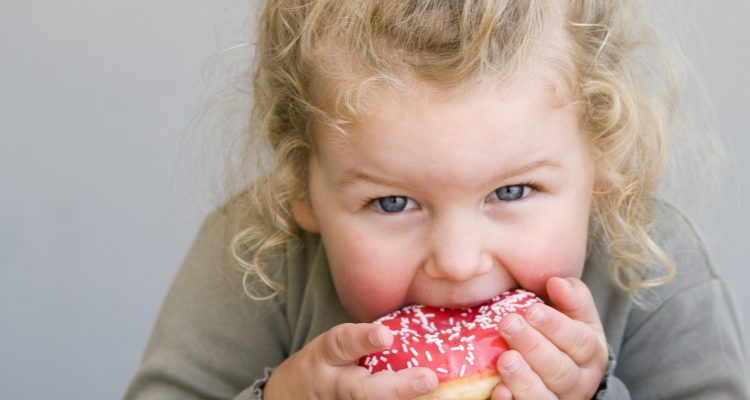 Though most tooth decay can be blamed on bacteria, the fungus Candida albicans may be a joint culprit in a common form of severe tooth decay affecting toddlers known as early-childhood caries.

In earlier research, a team from the University of Pennsylvania School of Dental Medicine found that C. albicans, a type of yeast, took advantage of an enzyme produced by Streptococcus mutans to form a cavity-causing biofilm.

The research appears in the journal PLOS Pathogens. C. albicans can’t effectively form plaque biofilms on teeth on its own, nor can it bind to S. mutans, unless in the presence of sugar. Young children who consume sugary beverages and foods in excess are at risk of developing early-childhood caries.

In a new study, the researchers have pinpointed the surface molecules on the fungus that interact with the bacterially-derived protein. Blocking that interaction impaired the ability of yeast to form a biofilm with S. mutans on the tooth surface, pointing to a novel therapeutic strategy.

“Instead of just targeting bacteria to treat early-childhood caries, we may also want to target the fungi,” said Hyun (Michel) Koo, senior author on the study and a professor in the Department of Orthodontics and Divisions of Pediatric Dentistry and Community Oral Health. “Our data provide hints that you might not need to use a broad spectrum antimicrobial and might be able to target the enzyme or cell wall of the fungi to disrupt the plaque biofilm formation”.

Koo and colleagues are now working on novel therapeutic approaches which can be potentially developed for clinical use.