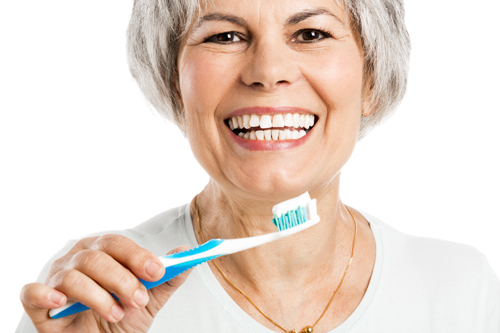 New research suggests hormone replacement therapy (HRT) could be used to reduce gum disease and prevent tooth loss. The study, which evaluated nearly 500 women between the ages of 50 and 87, discovered rates of gum disease were significantly lower in those receiving HRT.

The menopause leaves women at higher risk of several health issues, including gum disease, due to a decrease in oestrogen levels. Previous studies have suggested more than one in four (28%) post-menopausal women are likely to suffer from tooth loss within five years.
The Oral Health Foundation is encouraging woman to be more aware of their oral health during this time. Karen Coates, Oral Health Educator and Advisor for the Oral Health Foundation, said: “Several significant changes occur in the body during the menopause and many have resulting symptoms which can have a substantial impact on a woman’s day-to-day life, so much so that oral health can at times feel like the least of their worries.
“Falling oestrogen levels throughout menopause can cause numerous health issues, such as loss of bone density, leading to osteoporosis. At the same time, changes in oral health also are common as teeth and gums become more susceptible to disease, resulting in heightened risk of inflammation, bleeding, pain, and ultimately, loose or missing teeth.”
In addition to gum disease and tooth loss, women undergoing menopause can also be at heightened risk of other oral health conditions such as dry mouth, burning mouth syndrome and weakness in the jaw bone.
From: www.dentalhealth.org